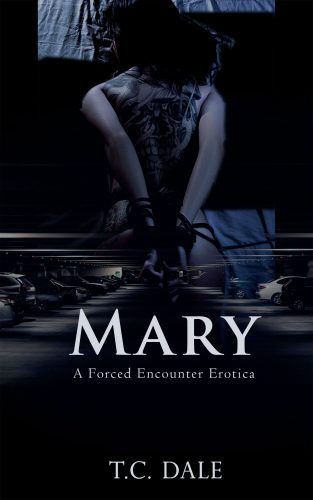 Isaac is shapeshifter with a venomous, mind-altering bite. Mary McKennon is about to learn the dangers of working alone at night, and that what Isaac wants, Isaac gets.

“Don’t fight,” he reminded her as he dragged her backwards up his length. She was so hot inside, so accepting, despite her quiet pleas for him to stop. Inch by inch he disappeared inside her, the lube easing the way, until her body hugged him up to the hilt. He pulled out all the way to the tip and then pushed back in. The first few strokes were long, slow, and solid, so that her body could adjust and the lube was thoroughly spread. He wasn’t cruel. After she was greased and ready, he buried himself inside her one more time, as deep as he could. She stiffened and bit back a muffled protest. He held her tight against him for a long count of five. She was a perfect fit. Now he started fucking her for real.

She refused to look at him in the mirror, and her hands curled into claws against the fake marble counter. She trembled, and her breath was ragged when she remembered to breathe. Each time he speared into her, it pushed out another hitched gasp; each time he heard it and saw her reflection jolt from the force, it spurred him on. He rode her with quick, sharp thrusts, using her hips as anchors to make sure she took each one.

“That’s it,” he whispered. “You’re doing great; you really are.”