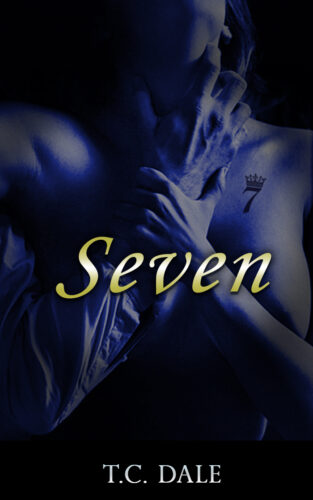 A simple mistake ends with shy good-girl Lily Barnes meeting a strange young man in a stairwell after-hours. He calls her 'Seven', and sends Lily down a rabbit hole of sexual exploration and degradation.

The young man laughed and finally let me loose. I was still coughing, and almost in shock. I’d never been fucked like that before. He was breathing hard and grinning at me with a fox-like smile: sly and filled with teeth. Cock still erect and glistening, he stepped forward and sank to his knees between mine. His unfastened belt jangled as he moved. My breath caught, and for a moment I was absolutely certain he was going to push my skirt up around my waist, rip down my pantyhose, and bury himself between my thighs.

He didn’t. Instead he knee-walked himself up my body until he was straddling my shoulders. Another toss of his head cleared his tousled blond hair out of his eyes. I was face to face with his member again; this time his hand steadied the base as he rubbed the engorged tip over my parted, panting lips. I didn’t know what else to do other than spread them wider and let him in.